If you’re like me, the sight of a circuit board and its electronic components fills you with a sense of joy (ok, maybe something a little less than joy, but just a little). Your mind enters that inspired mode which causes the creative juices to flow, conjuring up those ideas that sit on the backburner of your brain.

Resistors are the most fundamental and common passive electronic component used in circuits:

Capacitors can be thought of little rechargeable batteries, charging and discharging electrical energy: 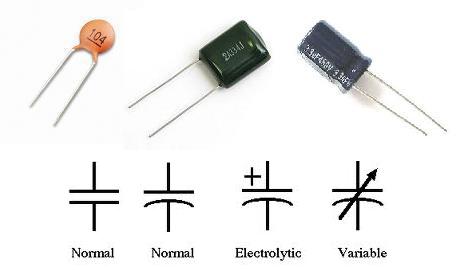 Inductors (Chokes) are basically coils of wire around a certain core which stores energy in the form of a magnetic field:

Transistors can be thought of as water taps. They control the amount of current flowing through them.

Integrated Circuits, also called ICs, Chips, and Microchips, consist of many electronics components. Some can contain up to several billion transistors and other electronic components: 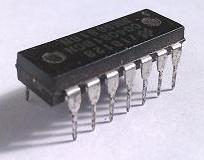 LEDs (Light Emitting Diodes) are basically diodes that give off light:

Use the navigation menu or click Home to continue learning electronics.